“The culture of corruption...is systemic.”

Get the latest union updates in our UAW Uncovered newsletter. Sign up today.

UAW Election Shake Up Could Mean a New Status Quo

The election results for the United Auto Workers International Executive Board members are in, and it doesn’t look good for the union’s entrenched officials. According to the unofficial election results listed on the court-appointed monitor’s website, five of the seven members of the UAW Members United slate won their races. This slate has been the […]
Read More

This week, the Center for Union Facts is putting up billboards in Lordstown, Ohio. The two billboards are part of an ongoing campaign to educate workers and the public on the United Auto Workers’ track record. One warns that the UAW is under federal oversight after a corruption scandal. The other notes that a federal investigation put several UAW officials behind […]
Read More

This Labor Day, the Center for Union Facts is launching a new campaign aimed at protecting employees’ right to a secret ballot vote in union elections across the country. The campaign – Workplace Election Integrity – aims to educate workers and the public on threats against choice in the workplace and how they can fight back. The […]
Read More

UAW Accused of “Threatening and Intimidating” Members at Constitutional Convention

Members of the United Auto Workers hoping to have their voices heard at the union’s constitutional convention last week were reportedly greeted with hostility from UAW leadership. The convention was supposed to be a democratic gathering, emphasizing the union’s recent switch to a “one member, one vote system,” instead of the delegate system that was […]
Read More

Today, the Center for Union Facts placed a mobile billboard in Detroit, Michigan. The billboard — which takes up three sides of a moving truck — will run just outside of the United Auto Workers’ constitutional convention taking place at Huntington Place in Detroit Monday-Wednesday of this week. The billboard features both video and sound. It warns: […]
Read More

Terry Bowman, a 26-year Ford/UAW auto worker recently published an op-ed in the Center Square calling out Ford Motors for being “in bed” with the United Auto Workers at a forthcoming plant in Tennessee. His main concern, and certainly a concern for any future auto workers in the state, is Ford’s neutrality agreement with the […]
Read More

Do New UAW Election Rules Do Enough to Enact Meaningful Reform At the Union?

Last week, the court-appointed independent monitor for the United Auto Workers union released the rules for the union’s first ever mail-in direct election of the International Executive Board. The rules were published in a six-month update filed by the monitor. Back in December, auto workers voted to adopt direct elections following a years-long corruption scandal […]
Read More

Today, the Center for Union Facts took out a full-page ad in the Chattanooga Times Free Press highlighting a recent quote from AFL-CIO President Liz Shuler regarding corruption at the United Auto Workers: “I am disgusted.” In an interview this past week, Shuler revealed that the AFL-CIO “had internally discussed severing ties with the UAW” as a result of […]
Read More

It’s official. UAW members will now get to choose their union officers through direct elections, rather than via the union’s decades-old delegate system. The historic change will be in place by June, in time for the UAW’s next election cycle. More than 63 percent, or 89,615 of current and retired UAW members voted in favor […]
Read More

What Tennesseans Have to Say About the UAW

A Ford Motors plant is coming to Tennessee. While new jobs are certainly welcome, the UAW’s culture of corruption is not. In fact, a recent poll found that 2 out of 3 Tennesseans think Ford workers should have a secret ballot vote to decide whether they want to be represented by the union. The Center […]
Read More
"Today's UAW has completely lost its way."
Two former UAW staffers

The federal investigation into corruption among top UAW leadership led to a total of 16 convictions, including two former UAW presidents.

According to the Detroit News, the investigation revealed a large-scale scheme where “UAW leaders embezzled money from worker paychecks, shook down union contractors and schemed with auto executives.” One top official even received $1.5 million in kickbacks, including $10,000 worth of cosmetic surgery for a relative. Other leaders were convicted of embezzling $1.5 million in union funds and spending it on personal luxuries, including golf outings, expensive cigars, and luxury villas.

In a settlement agreement with the federal government, the UAW agreed to be put under a federal monitor for six years in an effort to eliminate “fraud and wrongdoing within one of the nation’s most influential unions following a years-long crackdown on corrupt labor leaders.”

On May 12, 2021, the United States District Court for the Eastern District of Michigan appointed Neil M. Barofsky as the independent Monitor of the UAW. The Monitor files a written report with the District Court at least every six months.

Report One
Referendum Report
Report Two
Report Three
“This positions the union not as the workers' friend but as a big powerful thing that would extort money from its own members.”
University of Michigan business professor

UAW officials are known for their expensive taste. While it may not always put them behind bars, union members may be shocked to see how the union leadership is spending at least part of their dues.

From upscale restaurants to expensive hotel stays, here’s just a few examples of the UAW’s spending habits between 2013-2018:

While its officials were under investigation for fraud and embezzlement, the UAW constructed a 1,885-square-foot cabin for former president Dennis Williams (who has been implicated in the scandal with Fiat Chrysler) using interest from the union’s $721 million strike fund, which is bankrolled by worker dues. Hypocritically, the cabin was built with the help of non-union labor in an effort to save money. 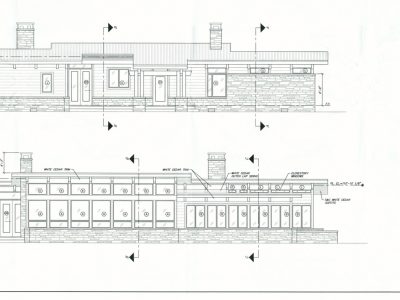 “Why am I paying union dues when the UAW won’t even protect me from sexual harassment?”
Tonya Exum, production team member at Ford’s Chicago Stamping Plant

The New York Times reported on rampant sexual misconduct at Ford’s Chicago plant–enabled and sometimes committed by UAW representatives. In a Chicago Tribune op-ed, one worker detailed a history of abuse and sexual harassment. When she attempted to report the abuse, she was threatened by her own union representative who allegedly tried to run her off the road, slashed her car tires, and came to her house to harass her.

These aren’t isolated cases. For instance, a female worker in Indianapolis claimed that her attempt to report sexual harassment at her workplace resulted in over a decade of harassment from the UAW. She was allegedly denied promotions, raises, and access to meetings and was eventually fired.

Eight workers filed a lawsuit against the Toledo Powertrain plant alleging widespread discrimination. The UAW local president Dennis Earl denied their claims and had this to say about accusations of racism at the plant: “Do I believe people are a little too sensitive these days? Absolutely.”

UAW membership declined drastically in 2018. Perhaps a culture where the interests of union leadership are prioritized over the well-being of members has something to do with it.

“The message they have sent to their membership is we're willing to sell out union members whenever we need to cut down our costs.”
Peter Henning, Wayne State University law professor

Dozens of auto plants represented by the UAW have closed over the years, putting the livelihood of thousands of employees in jeopardy.

A full-page ad in the Chattanooga Times Free Press highlighted a quote from AFL-CIO President Liz Shuler regarding corruption at the UAW: “I am disgusted.”
October 20, 2021

Tennessee plans to welcome a new Ford plant, but the future of UAW control at the plant remains unknown.
October 18, 2021

A full-page ad highlighting the potential for a government takeover of the UAW just as the Teamsters union is released of 30 years of government oversight.
November 6, 2019

A full-page ad highlighting the decision from Spring Hill workers to reject the UAW's endorsed contract with GM ran in the Chattanooga Times Free Press.
October 14, 2019

Opinion piece in the Tennessean discussing the impact of the UAW strike.
September 17, 2019

An ad featuring recent headlines from the UAW strike against GM and the ongoing investigation into corruption at the union ran in the Chattanooga Times Free Press.
September 16, 2019

UAW President Gary Jones survived an attempt to remove him from office following his implication in the ongoing federal investigation into corruption at the union.
September 16, 2019

Workers at the Volkswagen plant in Chattanooga vote against unionizing with the UAW a second time.
June 4, 2019

Darren Fish was an autoworker for 39 years. But in his time of need, he says the UAW in Spring Hill didn't have his back.
May 17, 2019

Video: A “Culture of Corruption”

UAW whistleblower speaks out: "You are truly endorsing and empowering people who do not have your best benefit in mind."
May 17, 2019

An ad listing auto plant closures since 1971 and the number of jobs lost or workers displaced ran in the Chattanooga Times Free Press.
April 29, 2019

A series of billboards in Chattanooga, TN and Detroit, MI feature facts on the UAW's ongoing corruption investigation.
April 24, 2019

The FBI is investigating whether union execs received kickbacks on swag purchased with dues money.
April 23, 2019

An ad describing the UAW's "culture of corruption" ran in three papers: The Detroit News, The Detroit Free Press, and The Chattanooga Times Free Press.
April 17, 2019

Video: My Fight Against the UAW

When Ginger Estes went up against the UAW, she saw the darkest side of the union
April 17, 2019

Workers should beware the UAW

Opinion Piece by Ginger Estes, employee at the NTN-Bower Corporation in Hamilton, Alabama.
May 9, 2018

Everything you need to know about the union's training center scandal.
January 10, 2018

Video: A Culture of Harassment

These women in Chicago have seen first-hand how UAW reps have enabled predators in the workplace.